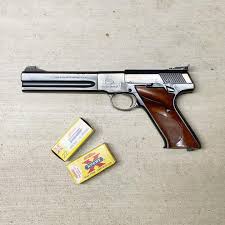 A Czech company called Ceska Zbrojovka has announced its intention to acquire Colt, an iconic American firearms manufacturer. The deal would see Ceska take over all of the business and issue 1.1 million new shares of stock, thereby expanding its global customer base and production capacity. What does the acquisition mean for Colt’s customers? Read on to learn more. Here are the latest details about the deal. The company is expected to close the deal in the second quarter of this year.

Several years ago, Colt filed for bankruptcy. Nevertheless, it emerged from bankruptcy and started a new chapter in the history of American firearms. Since then, the company has struggled to compete with larger rivals, including Smith & Wesson. Colt also suffered losses in the market after police switched to Glock weapons because they were cheaper, lighter, and able to hold more ammunition. As a result, it is estimated that Colt now has a combined revenue of more than $500 million. However, the company has not disclosed the specific amounts of the revenue that the company makes from each firearm.

As of this writing, the company owns about ten percent of Colt. The company is also the exclusive supplier of firearms to the Canadian military. It has more than 175 years of history. But with a recent decline in demand, the company has been forced to shift its focus to more advanced weapons and technologies. The company also has to compete with Smith & Wesson and Sturm, Ruger & Co., two of the most popular American firearms manufacturers.

In 1957, the Colt Manufacturing Company needed cash. After the War, Silberstein’s company became a wholly-owned subsidiary of Penn-Texas. Silberstein’s successor, Fairbanks Whitney, consolidated the company’s ownership under one new holding company. The company’s Firearms Division was put up for sale shortly afterward. As a result, Colt’s future as a major military weapon was secured.

In 1845, the U.S. Dragoon forces fought Indians in Texas and used Colt firearms. The superior performance of Colt firearms caught the attention of the U.S. War Department, and in 1846, when war broke out with Mexico, the Army purchased 1,000 Walker Colt revolvers. It contracted with Eli Whitney, Jr. in New Haven, Connecticut to manufacture the guns. By 1846, Colt was manufacturing 150 guns per day.

During the Vietnam War, Colt began producing the M-16 rifle. This gun was designed for infantry combat, but was adopted by the U.S. military and became standard issue. This resulted in an increase in demand for Colt’s products. In the 1960s, the Firearms Division employed 1,600 people. By 1969, it had delivered the one millionth M-16 rifle. By the 1980s, Colt had split into two different divisions, small arms and military production.

The Colt Firearms Division went through a rough patch in the 1980s, with the company laying off 700 employees. It also suffered from a recession, and it lost the M-16 contract in 1988. After the war, the company’s employees went on strike, and payroll expenses grew dramatically. By the end of the 1980s, the company was losing money. Even after these troubles, the company recovered and continued to produce its famous products.